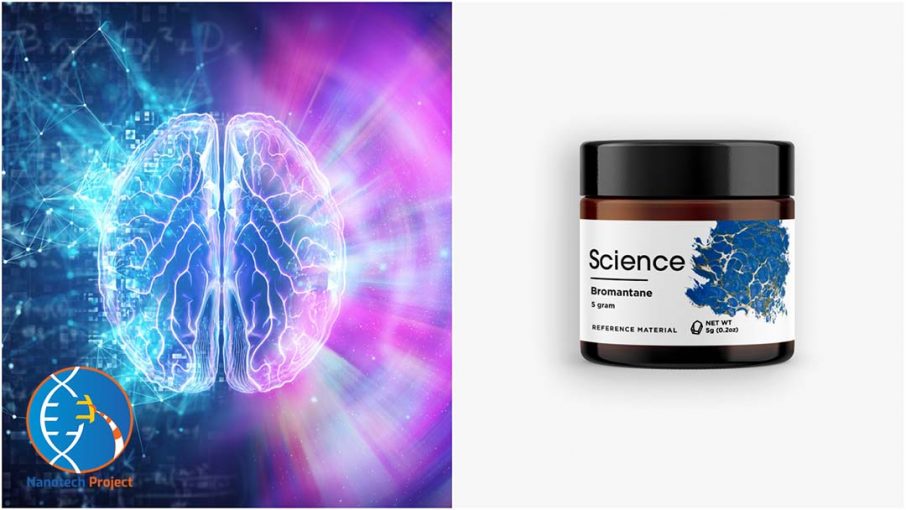 Bromantane Review – Should You Buy This Nootropic?

Bromantane was developed in Russia in the 1970s. Researchers at the Soviet Military Medical Academy were tasked to formulate a drug that could improve both mental and physical performance. Their work resulted in the development of, among other drugs, Bromantane.

During the first two decades of its existence, Bromantane was used by Soviet and Russian armies. Soldiers took this nootropic to reduce recovery time after physical exertion. The drug proved to be so effective that even the disintegration of USSR in 1991 couldn’t stop its production.

Over the next 6 years, before the anti-doping agencies banned the use of Bromantane in 1997, Bromantane was a staple of Russian sports medicine. That decision, however, wasn’t able to stop bodybuilders, athletes, and even non-professionals from using this nootropic.

Mainly because Bromantane boosts mental and physical performance. Also because it helps relieve fatigue, reduce anxiety symptoms and improve cognition powers. Sure, this drug has a few side effects, but users claim that its benefits far outweigh the drawbacks. Read on to know more.

Bromantane – like Semax – is a nootropic drug. It increases both mental and physical performance and keeps fatigue at bay. This nootropic boosts cognition powers and improves movement coordination. Together, all these effects improve both physical and mental performance.

In Russia, Bromantane is approved to treat neurasthenia. Patients with this illness experience massive fatigue, lethargy, and aggression after minimal physical and mental exertion. Bromantane boosts their mental and physical performance to relieve these symptoms. [R]

Another notable thing about Bromantane is that it isn’t addictive. Various studies have shown that it doesn’t possess any habit-forming potential. Plus, per limited scientific research, Bromantane has no severe side effects, a rarity for a nootropic. [R]

That isn’t to say that Bromantane doesn’t have any side effects. Taking this drug just before bedtime might interrupt your usual sleeping routine, as it promotes alertness and wakefulness. Some users might also experience brain fog after using it.

Here’s a quick overview of the benefits and side effects of Bromantane:

How Does Bromantane Work?

According to animal studies, Bromantane works by stimulating increased activity in the hippocampus. It’s the area of the brain that plays a major role in memory and learning. The hippocampus region of the brain also plays a crucial role in navigation and spatial processing. [R] [R]

Like other best nootropics on the market, Bromantane also has mild anxiolytic effects. This means that it can treat symptoms of anxiety, such as muscle tightness, uneasiness, and dread. It does that by reducing gene expression (symptoms of anxiety) and strengthening GABA-ergic mediation.

Bromantane also strengthens your immune system. One study has found that this smart drug increases the level of B-cells (key players in your immune system) and circulating immune complex (activate phagocytes; antibodies that fight foreign particles). And that too after a single dose. [R]

On top of everything else, Bromantane increases dopamine and serotonin levels in the brain. The former is the reason why it may increase wakefulness and alertness (and why you shouldn’t take it before sleep). The latter, meanwhile, links Bromantane to increased feelings of happiness.

Taking Bromantane might also reduce inflammation and boost immunity. This nootropic has been shown to increase the body’s resistance to toxic substances by increasing B-cell levels. You might thus count on it to expedite fatigue recovery and keep you healthy.

Here are the benefits of Bromantane:

Let’s expound on these and the other major benefits.

Russian researchers who developed Bromantane were tasked to create substances that could improve physical and mental performance. We could say they succeeded in their mission because various studies back Bromantane for the same. Plus, they were awarded USSR’s State Prize for their work.

In an uncontrolled study involving Asthenia patients with abnormally low energy levels, Bromantane improved symptoms after only 3 days. Another unrelated study found this smart drug improving the stability and range of the participants, helping them perform at their best for long periods. [R] [R]

More than two years into the COVID 19 pandemic, we’re more aware than ever of the importance of a robust immune system. Most of us now know that if living a healthy life is the goal, making sure that we have a strong immune system is the first step we can take towards it.

The good news is that Bromantane (brand name Ladasten) helps strengthen our immune system. It increases the levels of B cells (that are responsible for producing antibodies) and circulating immune complexes (that activate antibodies) to raise our guard against pathogens, diseases and illnesses. [R]

According to a study conducted on experimental animals, Bromantane stimulates a “pronounced and prolonged” increase in dopamine’s release. This finding directly links Bromantane to various brain functions that dopamine helps regulate, such as motor control, motivation, reward, and arousal. [R]

Dopamine also promotes wakefulness and makes you feel alert. This neurotransmitter plays a vital role in memory formation, too. Various studies have shown that dopamine simulators facilitate the encoding and consolidation of declarative memories, a technical term for long-term memories. [R]

Dopamine isn’t the only neurotransmitter that Bromantane stimulates. This smart drug also increases the uptake of Serotonin, a key hormone that improves your mood, happiness levels, and feelings of well-being. Health experts also link Serotonin with sleeping, eating, and digestion.

Keep in mind that Bromantane doesn’t stimulate the increase of dopamine or Serotonin. That is something that Mucuna Pruriens, another nootropic, does. This drug only prevents the reuptake of both neurotransmitters, thereby maintaining their already high levels in the brain. [R]

Chronic inflammation might jeopardize your health and well-being. Over time, it can trigger your immune system, signaling it to attack healthy tissues. If left untreated, chronic inflammation can increase your risk of various life-threatening diseases. Examples include cancer, diabetes, and heart disease. [R]

If you regularly use Bromantane, you might not have to worry about the effects of chronic inflammation. Two separate studies have shown that it lowers the levels of IL-6, IL-17, and IL-4, three proteins that cause inflammation. By reducing their levels, Bromantane might reduce inflammation, too. [R] [R]

In a separate study, 3-day Bromantane administration increased sexual drive among rats. Researchers hypothesize that this might be due to the increase in dopamine activity. However, in the absence of clinical trials, we have to wait for more scientific evidence to be fully sure. [R]

Overheating is a serious health condition. It has two major causes: strenuous physical activity (exercise) and exposure to high temperatures, especially when the humidity is high. Signs that your body is overheated include heavy sweating and a fast pulse. [R]

Anyone who performs grueling workouts in the gym is at an added risk of overheating. Soldiers, especially the ones performing their duty in hard areas, are also susceptible to it. Which is why USSR soldiers reportedly used Bromantane, a drug that increases the body’s resistance to overheating. [R]

The research done thus far shows that Bromantane has no serious side effects. Another good news is that this drug hasn’t showcased any addictive potential. You are likely to experience no withdrawal symptoms after you stop taking Bromantane, a rarity with nootropics. [R]

Having said that, since Bromantane hasn’t attracted much clinical research, its safety profile isn’t entirely known. You should consult your doctor to get a lowdown on this nootropic drug. Don’t start taking Bromantane unless you’re fully aware of its potential adverse effects.

In animal trials, side effects were observed only after very high doses (>600mg/kg). They included vomiting, diarrhea, increased urination (urge to pee), and regurgitation. Animals on lower doses of Bromantane (between 30 and 300 mg/kg) didn’t experience adverse Bromantane effects. [R]

Given that it is unregulated (the FDA hasn’t approved it yet), there are no official Bromantane dosage guidelines. All we have are Bromantane reviews of users recommending daily doses based on trial and error. That’s why we suggest you consult your doctor before taking it.

Based on user reviews, the standard Bromantane dosage starts from 50 to 100 mg per day. Beginners would do well to stick to this dose. Observe how your body reacts to this smart drug. If you experience no side effects, you can always move up the dosage ladder.

Athletes might want to dose 100 to 300 mg per day. Animal studies have shown that the 30 – 300 dosage range is safe. It doesn’t cause any severe side effects. Most of the overwhelming side effects have been reported at doses above 3000 mg per day.

Nevertheless, it is recommended not to take more than 1,000mg of Bromantane a day. Going higher might result in the development of tolerance, causing the benefits to nosedive once you’re off this drug, even if you experience no side effects.

Where to buy Bromantane?

You can buy Bromantane from Science Bio at a highly competitive price. Alongside Bromantane powder, you’ll get a 30-day moneyback guarantee and a 100% satisfaction guarantee.

Use the code “nanotech” to save 10% on your purchase.

The research done thus far shows that Bromantane has no severe side effects. Plus, this drug hasn’t showcased any addictive potential, either. You won’t experience any withdrawal symptoms after you stop taking Bromantane (unless you take very high doses)

Can you take Bromantane daily?

You can safely take 100 – 300 mg of Bromantane daily. Animal studies have shown that taking up to 300 mg of this drug daily doesn’t lead to any serious side effects.

How long does Bromantane stay in your system?

Bromantane stays in your system for quite a long time.

Your blood samples might contain this drug even after 14 days of use.

Bromantane promises to boost your mental and physical energy. This drug administration can relieve mental fatigue and improve movement coordination, too. Plus, Bromantane helps give you the energy boost required to perform strenuous physical activities.

At the same time, like other smart drugs, Bromantane prevents your body from overheating, potentially keeping heat strokes at bay. Research conducted on experimental animals has shown that it can help with reproduction too, both in males as well as females.

Yet another thing that goes in this drug’s favor is that it is entirely safe. The research done on Bromantane so far has made that bit clear. Provided you stick to moderate doses (30 – 300 mg), you’re likely to experience zero serious side effects.

Check out Science Bio if you want to buy Bromantane (in powder form).