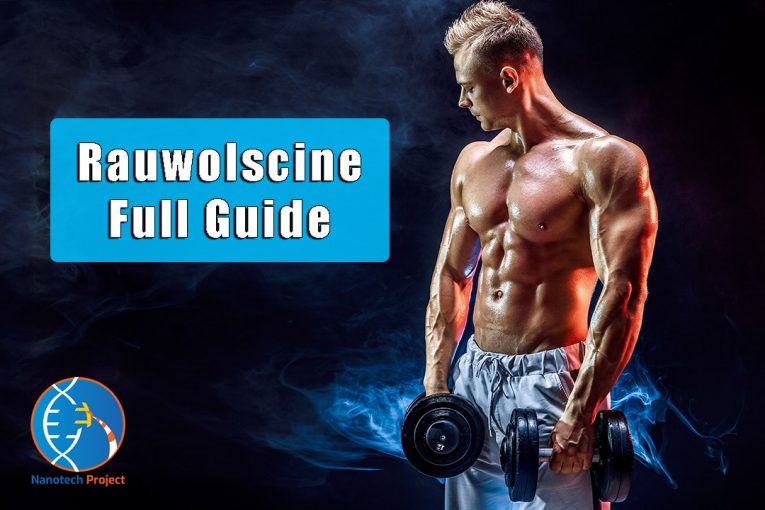 Rauwolscine Review: The #1 Hottest Fat Burner on The Market?

Rauwolscine is an unpronounceable name, for some, that has been thrown around a few times in recent months by various big names—claiming its throne as the hottest new legal fat burner on the market.

This Yohimbine variant has been lavished with praise for its wonderful fat burning qualities without the undesirable side effects.

Yohimbe is known to cause certain unpleasant side effects that Rauwolscine, on the other hand, does not to such a degree.

Some of these Yohimbe-related side-effects include:

As somebody who can be prone to anxiety, Rauwolscine left me unaffected.

Those who are sensitive to stimulants might have a bad time, but Rauwolscine’s stimulant effects were relatively mild as I will explain in my review.

ATTENTION: If you’re just looking for the #1 place to buy Rauwolscine, just click here to buy it from Gorilla Mind and use the code “nano20” to save 20% off your order!

It is an alkaloid found in various species within the genera Rauvolfia and Pausinystalia and it is a stereoisomer of yohimbine [R].

Rauwolscine, one of the hottest new fat burners on the market is also lumped in with Yohimbe diastereoisomers like isoyohimbine, α-yohimbine, and corynanthidine. But it is far commonly known as Rauwolscine for commercial reasons.

Rauwolscine is a CNS stimulant, a local anesthetic and several reports hint at it also being a vague aphrodisiac—although I personally cannot confirm that last part.

Although more in-depth studies have not be carried out, Rauwolscine has show some anti-cancer promise, halting breast cancer growth in mice [R] [R].

Moreover, Rauwolscine has been shown to bind to some serotonin receptors indicating mild antidepressant and antianxiety effects, in spite of its stimulant effects potentially causing anxiety as a side-effect.

Despite showing promise for some positive health benefits, its effects have only been based on animal and cellular research. No clinical data is currently available.

Regardless, given its status as a stimulant, several lifters have employed Rauwolscine as a fat burner. Some people even use it as a form of pre-workout supplement instead of black coffee or traditional pre-workout powders.

How Does Rauwolscine Work?

Rauwolscine acts predominantly as a α2-adrenergic (Alpha-2) receptor antagonist—receptors found in the brain and around the body—blocking the receptors with more potency than traditional Yohimbe and thus showing greater promise as a fat burner.

It doesn’t help induce fat loss, per se, but blocks bodily mechanisms that might inhibit fat loss, say, after dieting in a prolonged or deep caloric deficit where the body may begin to break down metabolically expensive muscle tissue to lower its base metabolic rate instead of utilizing fat.

Through the same mechanism, Rauwolscine may be able to combat the accumulation of stress—which can also be detrimental to fat loss.

By blocking the alpha-2 receptors, Rauwolscine can also speed up fat loss as well as increase insulin levels.

Additionally, Rauwolscine has been shown to somewhat bind to serotonin receptors, functioning as a 5-HT1A receptor partial agonist and 5-HT2A and 5-HT2B receptor antagonist. [R]

I bought some Rauwolscine to try something new for burning fat. Most fat burners on the market are only marginally effective.

I tend to struggle with getting lean and thought I would speed up the process by adding these capsules once a day before fasted cardio.

While the label on the bottle warns against consuming with other stimulants, I did not experience any problems mixing it with black coffee—although I would NOT recommend it.

Here was my timeline for what Rauwolscine felt like:

Before I continue, it must be stated that fat burners such as Rauwolscine are NOT miracle cures and will not have the desired effect if you’re not in a caloric deficit.

This product can, however, assist with burning fat if your diet model and exercise are >90% on point. Don’t expect to drop 15lb in a month by adding this into your routine.

It can definitely help you shed some stubborn poundage a lot quicker.

I have been taking Rauwolscine for a few weeks now and it has made a noticeable change to my physique: my waistline is more defined, my arms look more chiseled, and the outer line of my pecs are coming through nicely.

Although this is mostly attributed to being in a caloric deficit, Rauwolscine has helped kick my diet up a gear.

Let’s go through what boxes Rauwolscine ticks, shall we?

A fat burner should, well, you know, burn fat—but does it do that?

Yes, it does. As we have previously stated, you have to be in a caloric deficit for Rauwolscine to enhance your fat loss. You cannot expect to shift poundage by eating like a hippo.

Rauwolscine, since my initial review, has helped me keep my appetite relatively suppressed as well as helped fuel my morning fasted cardio sessions and work schedules.

Here are some benefits of taking Rauwolscine:

As I’m quite a big guy with a relatively high caffeine tolerance, I will be doubling my dose of Rauwolscine in the next month until I finish my supply.

To reiterate, you won’t shed dozens of pounds just by popping Rauwolscine once a day; you need to put in the work.

However, if you struggle with discipline, the appetite suppression can go a long way in preventing you from overeating and ruining your diet.

Some might struggle with remaining motivated to do morning cardio—the extra energy boost will help you persist for longer and harder to help burn more calories.

Rauwolscine is ideal for those who have hit a plateau in their diet or are seeking to get shredded without having to resort to more dangerous substances such as Clenbuterol or DNP.

Your cut will be kept alive without having to resort to reverse dieting or attempting inhumane calorie deficits by taking Rauwolscine.

Rauwolscine has risen to prominence over its far milder side effects than its cousin, Yohimbe.

Like all stimulants, side effects are to be expected and they can vary from person to person.

Several other factors can influence these side effects, too. For example, consuming these capsules on an empty stomach or taken in conjunction with other stimulants can greatly affect the user experience.

I felt a certain coldness in my legs, which wasn’t uncomfortable or off-putting, a few minutes after consuming Rauwolscine on a couple of occasions. My tolerance rose after the first week and I could take more than one capsule.

On another instance, I drank two black coffees before taking Rauwolscine and my heartrate was a little too elevated and I had a little anxiety.

With all stimulants, those who are sensitive, suffer from anxiety and cardiovascular conditions, and pregnant women might want to consult a physician before consuming Rauwolscine.

All in all, Rauwolscine is by far the best “legal” fat burner I have managed to get my hands on—I highly urge you to click here and see for yourself.

Most other fat burners can be made from ingredients from your spice rack and pantry—let alone squandering dozens of dollars on a glorified tea in a capsule.

The stimulant in most “legal” fat burners is caffeine; most people attempting to burn fat already consume caffeine in teas and coffees— so they’re flogging a dead horse.

No other “legal” fat burner will provide you with so much energy (more calories burned) and appetite suppression (fewer calories consumed)—the two most needed things for fat loss.

This is an absolute must if you have become mired in a plateau or need an extra helping hand to get ripped.